Miles to go before I sleep.

Today, one of my classmates at Stanford asked me about the marathon I ran last year.

How do you keep going?

He was asking about the miles when it gets hard - the teens.

Before I ran my first marathon, the longest I had ever run was 11 miles. Not the best idea.

But how do you keep going?

I could discuss running tactics to avoid injury or inspirational strategies like running with a pace group and an immensely encouraging and inspirational pacer, but instead - let’s ask the real question.

How do you keep going?

Why am I running? Why am I doing this? Why am I here? If I can answer that, then I’m doing okay. Because it’s easy to let... 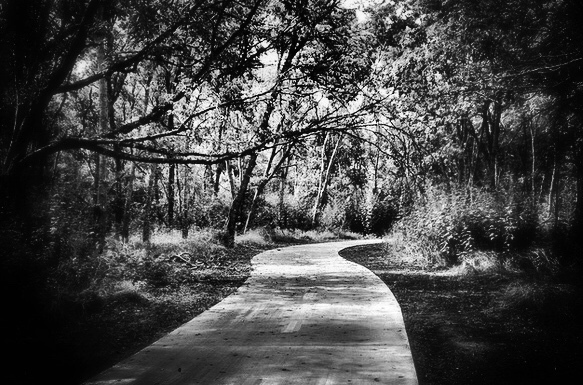 I’m running on a paved trail through the woods in East Austin. From or toward something - it’s hard to tell.

My birthday has been a fairly monumental day for me in my early 20’s. The day I turned 22, I found out in the morning that I had gotten into Stanford Business School. I had applied on the condition that I work for two years before attending. On what, I had no idea. I wanted to start a company.

Later that day, I had dinner with a few classmates, and we started said company. Strange how that works sometimes. A long standing interest in consumer products along with a series of conversations with a good friend from school culminated that night in what would come to be my first full-time experience as an entrepreneur. I rationalized having a business dinner on my birthday by telling...

Disagree without being disagreeable.

An e-mail group that I’m a part of recently asked the question:

‘What skill do I most value from the past year?’

How to disagree without being disagreeable.

The other day, I negotiated with a car dealer to get my car back. They had diagnosed the problem correctly, but wanted to rock a solution that would cost more than the car’s retained value.

When I wanted to get a second opinion, they decided that they wanted to charge me $125/day * 21 days (had been out of the country)

I had almost zero leverage. ​

But I walked out of there yesterday paying a grand total of $0 (I did pay them the insurance money for their diagnosis.)

How? I approached the whole thing with, as a friend had recommended, a spirit of kindness and generosity (mixed in with a little naivete and ‘I’m f'ing broke’ messaging).

I used to get upset, but now I get smart. I want to know what all the stakeholders are...

Where am I going? On ethics.

Today, I listened to the long-time Partner and CEO of TPG Capital, Jim Coulter.

And it got me thinking - what is my ethical framework really?

Here are a few things that I believe.

1) There’s always tomorrow. Act like it. When I left Ministry of Supply, I could’ve pushed harder. I could’ve been a jerk about it. But I was reading the book Finite and Infinite Games and I realized that this was not a finite game. It was something more. My business partnership and my friendship with my co-founder was more important than near-term gains. Paradoxically, I think that when people think short-term they don’t gain as much in the long-run. (Harvard liquidating 25% of their private equity at the bottom of the crisis) Being selfless is...

My high school jazz band had 3 drummers, me included. And mostly, all we did was sit around waiting for the ‘good’ songs, namely, latin or funk. Those songs were peppy, exciting, and full of room to improvise and show off.

Then came the ballads, and none of us wanted those.

It’s important to note that we were not assigned songs, but rather would somehow negotiate amongst ourselves - a kind of war of wills with a dash of good old fashioned game of chicken.

Midway through the year, I snapped to the idea that, the more I played, likely, if I focused, the better I would be come. So, when ballads came up, I began to volunteer.

In fact, I volunteered for any contentious song. And several weeks down the road, I was getting better, and my fellow drummers began to grow jealous of how much time I spent on the throne (it is actually called that).

I learned that not only did focused...

This post is inspired by Stanford Professor, Bob Sutton’s, book The No Asshole Rule.

It’s been a long time coming. Hours of my life wasted on calls to customer service with me ranting and extolling the virtues of flexible systems. Hours of wasted breath. Hours of pain.

All for naught. But it’s over.

Because, I, Kevin Rustagi, am here to say, that today marks the conclusion (and ideally just the beginning), of my truly and deeply learning one of the most valuable lessons the Universe has to offer humanity.

Don’t be an asshole.

That’s right. I said it. And though it might be banned from TV and live feeds of the SuperBowl and Academy Awards - I said it because we’re all thinking it.

Sutton describes in his book that this word is just about the only word in the English language, that, despite its rancor, truly expresses the angst and frustration the rest of us feel when someone...

On resilience. Lessons from a veteran paper cup salesman.

Resilience is fundamentally a denial.

It’s a denial of the idea that it’s over, and that you’re dreams aren’t really going to happen.

Most people have never heard of Ray Kroc, though his vision has affected billions and there are very, very few people in the world who would fail to recognize his trademark.

Because, unlike Campbell’s or Dell, his company has someone else’s name.

Ray was 52 when he landed in San Bernardino to investigate a small business run by two brothers who had mastered the art of logistics. He marveled at their ability to attract droves of customers to their location for their relatively inexpensive mass manufactured product.

It was the 1950’s and most people Ray’s age were retiring. He’d spent 17 years selling paper cups, and then moved into his own business selling mixing machines for milkshakes. In his own words, he “was a veteran of the business wars by...

There is no application for entrepreneurship. (and I hope there never is.)

There are applications in many areas of our lives. School. Politics. Driving. Grad School. Post-grad school. MBA. JD. MD. PhD. And heck - even Love (eHarmony).

And of course there are!

I mean - would you want some random person adopting your kid or performing heart surgery? No! I wouldn’t either. I would want someone vetted. Someone screened and screened again.

But there is one thing that there is no. application. for.
Starting a company.

At least in America. If you are a citizen who is not a criminal, who can afford a very small fee, you’re good to go. Success - we can never be sure of that, but when were we ever?

Why all the exclamation points and strong language out of my usual moderately peaceful web-self? Because I feel so so so strongly about this. It comes from a place of one primary experience augmented by many others.

We live in a world that is dominated by amazing growth. Even in economic downtimes, the excitement that permeates the air in a developed society like that of the States is contagious.

And yet, it begs the question - what is your space? And what does that even mean in a world so connected?

The past year has seen an evolution in the way I view space and the way I understand my own space.

When I worked at Apple, I learned that, beyond just being a progressive design organization, the company also has innovative and forward-thinking policies. Among them is a total ban on any kind of smoking on company premises. Don’t believe me? Try lighting up at Apple? Good luck.

Why do I care? I had a lung collapse when I was 5, and have a few pretty severe asthma/allergies. Contrary to pop culture, I’m not triggered...

Newton’s 1st law of motion states: An object in motion will stay in motion, and an object at rest will stay at rest. Unless acted on by another force.

It is the same way with work. And progress. As I have gotten back to work following a 9 month or so hiatus (the longest since I began undergrad), I have come to understand that my natural state is motion.

But I am saying that it is vital to think about what your natural state is. And this comes down to the basic question of where you drop back to. Where you feel ‘comfortable’.

If your goal is to be productive and really enjoy what you’re doing, then I believe that too much R&R should make you - as it did to me - SUPER UNCOMFORTABLE - like eating too many french fries...